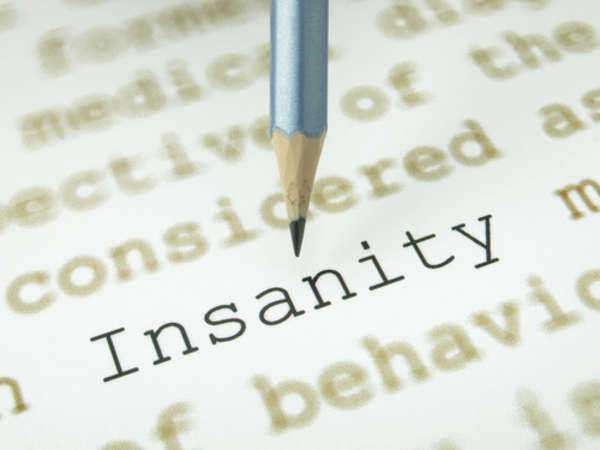 The insanity plea, otherwise known as the insanity defense, is a type of criminal defense employed by defendants, in order to diminish their criminal liability. When a defendant employs the insanity plea, he/she is claiming that he/she cannot be held accountable for his/her offense, because he/she is legally insane. It is important to note that there is a different between insanity and mental illness.
While a mentally ill individual will often have diminished culpability, the insanity plea is rarely successful in reducing an individual's liability. In order for the insanity plea to be effective, an individual must be declared legally insane by a doctor. This requires an extensive medical examination. In most instances, an individual who has pleaded insanity will be required to spend time in a psychiatric hospital.
The insanity plea is a type of affirmative defense. When this plea is used, the defendant is not denying that he/she committed the criminal offense in question. In actuality, he/she is admitting that he/she was responsible for the crime. However, the insanity plea suggests that, due to an individual's mental state, he/she was not able to rationalize or control his/her behavior, or consider the consequences, when the offense was committed.
If a defendant was not able to recognize the difference between wrong and right, than he/she cannot be held liable for the crime. In the United States, the insanity plea is not used to prove a defendant's innocence or dismiss his/her case. Instead, it is often used to reduce the severity of the conviction and sentence acquired by the defendant.

A Guide to Immaterial Evidence

How Legitimate is Speculation?